On December 27, 1839, Austin was founded as the capital of the Republic of Texas, which existed from 1836 to 1846, the year the Lone Star State came to be. From the national capital to the seat of state government, Austin was born to lead Texas. One way to understand Austin's history as a capital (the city of government) is through its Capitol (the building in which the government meets). There have been three Capitols in Austin, discussed below. 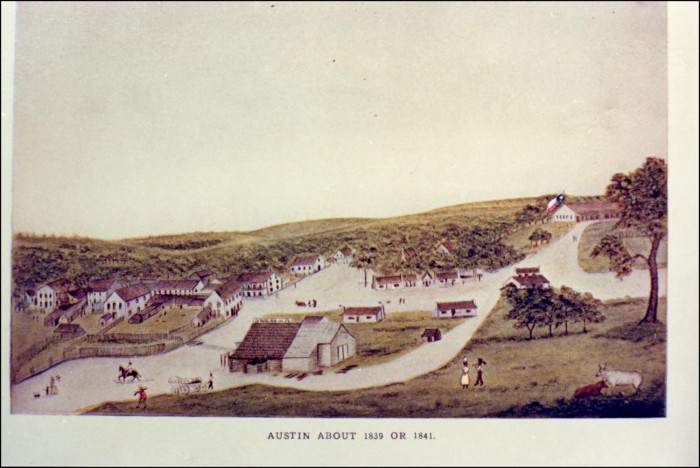 In 1839 the town of Waterloo on the Colorado River was chosen to be the capital of the new Republic of Texas. Renamed Austin in honor of Stephen F. Austin, the Father of Texas, the city plan included a hilltop site for a capitol building (at right) looking down toward the river from the head of a broad Congress Avenue. Image: PICA 01079 Austin History Center, Austin Public Library. 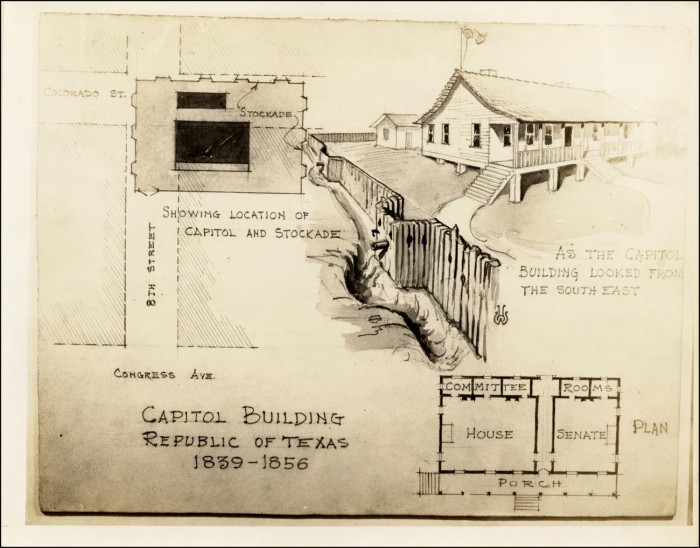 The first Capitol in Austin was a modest log cabin with two large rooms for the Senate and House of Representatives, smaller meeting rooms, and a stockade fence. The modesty reflected reality: the infant Republic of Texas was poor and beset by a host of governmental challenges as an independent nation. Image: C00241 Austin History Center, Austin Public Library. 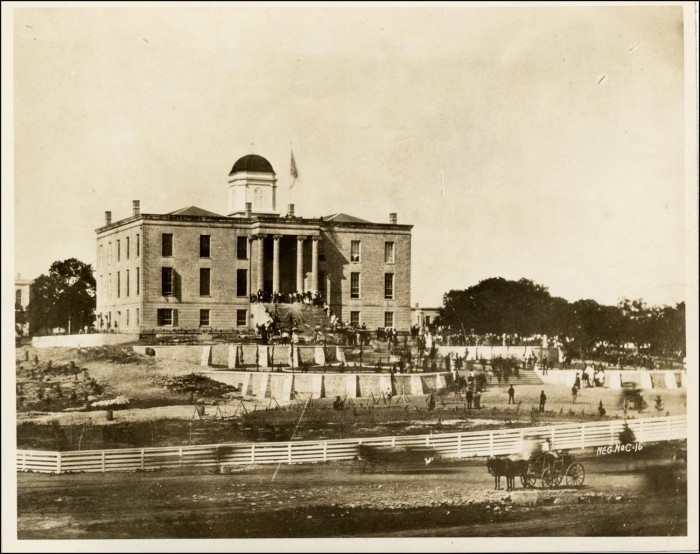 Texas was admitted to the United States on December 29, 1845, and the formal transfer of power from the Republic to the State of Texas happened on February 19, 1846 in Austin. In 1853 the state built a plain limestone Capitol near the present-day Confederate Soldiers Monument on the Capitol grounds, and this served the Lone Star State through the Civil War (1861 - 1865) and Reconstruction (1865 - 1877). It burned down in November 1881. Image: C00253 Austin History Center, Austin Public Library. 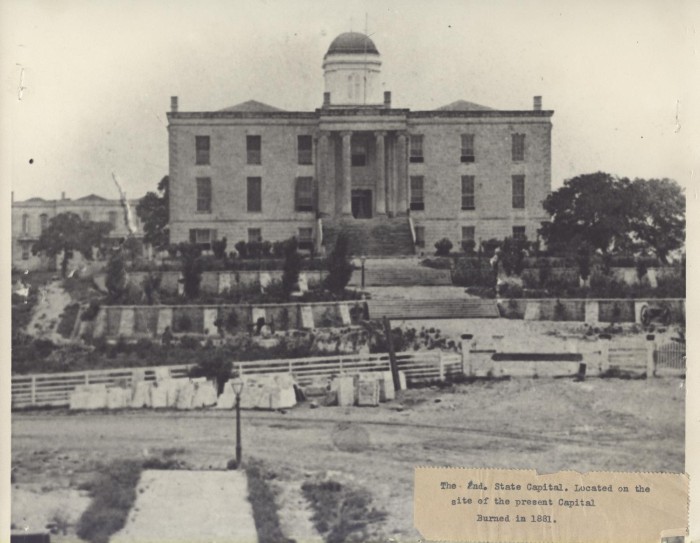 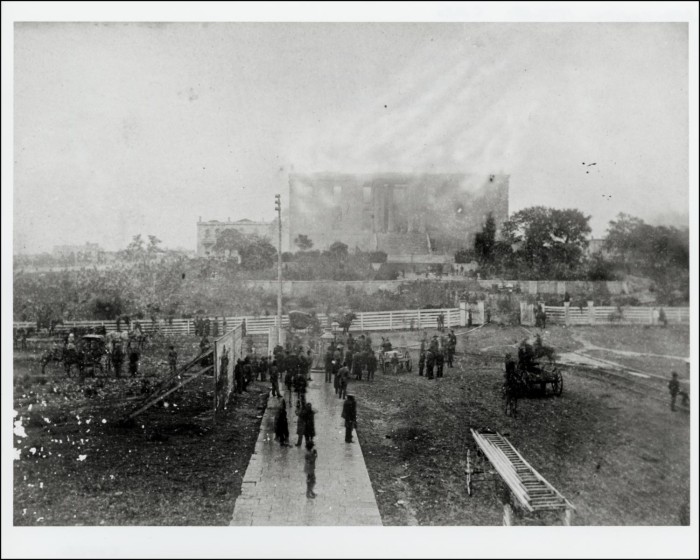 This photo captures the old limestone Capitol burning down in November 1881. While unfortunate, this cleared the way for the present-day Capitol that would eventually open in May 1888. Image: C00231 Austin History Center, Austin Public Library. 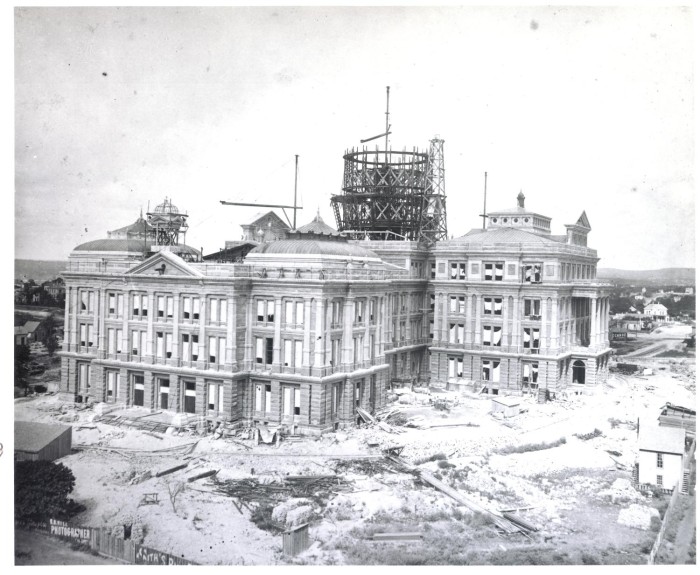 The second Capitol burned down in November 1881, so the Texas Legislature erected and met in a Temporary Capitol (pictured here) at the corner of Congress Avenue and 11th Street. Meanwhile, throughout the 1880s, the present-day Capitol was built using sunset red granite from a quarry in nearby Burnet County. Image: PICA 08590 Austin History Center, Austin Public Library. 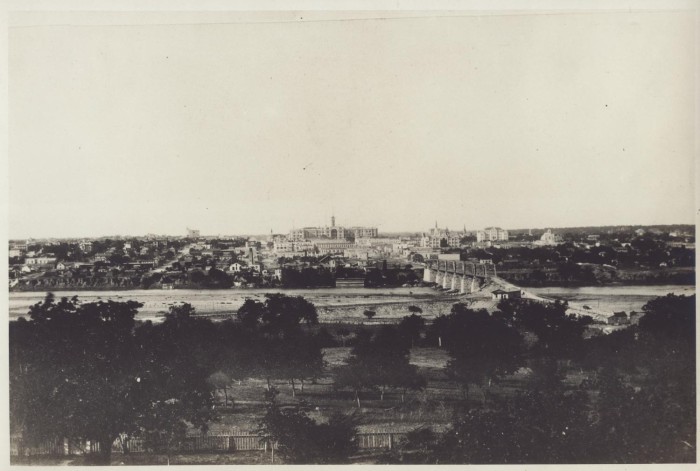 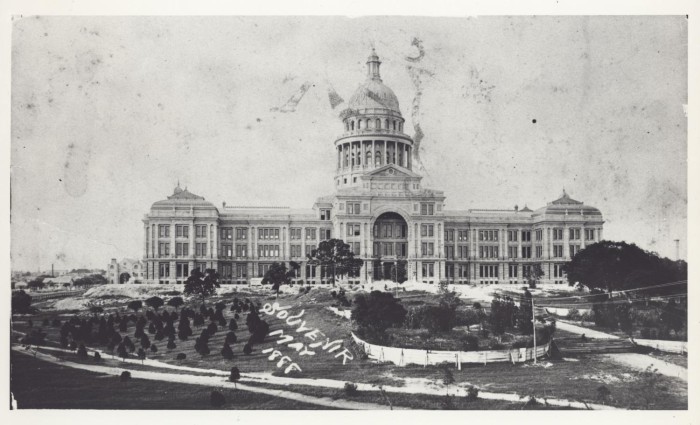 The new Capitol's south facade the month it opened to the public, May 1888. Some of the landscaping of the old limestone Capitol is still present. Eventually the old grounds would be replaced by the Capitol Grounds we know today, including the Great Walk and historical monuments. Image: PICA 06315 Austin History Center, Austin Public Library. 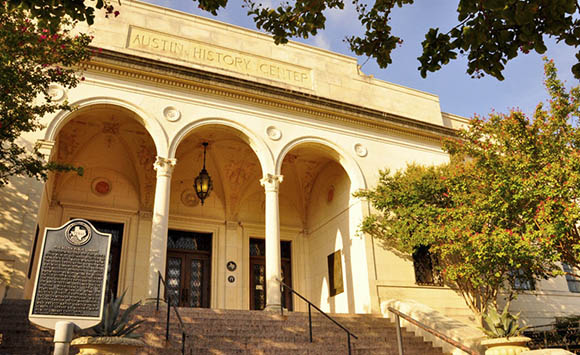 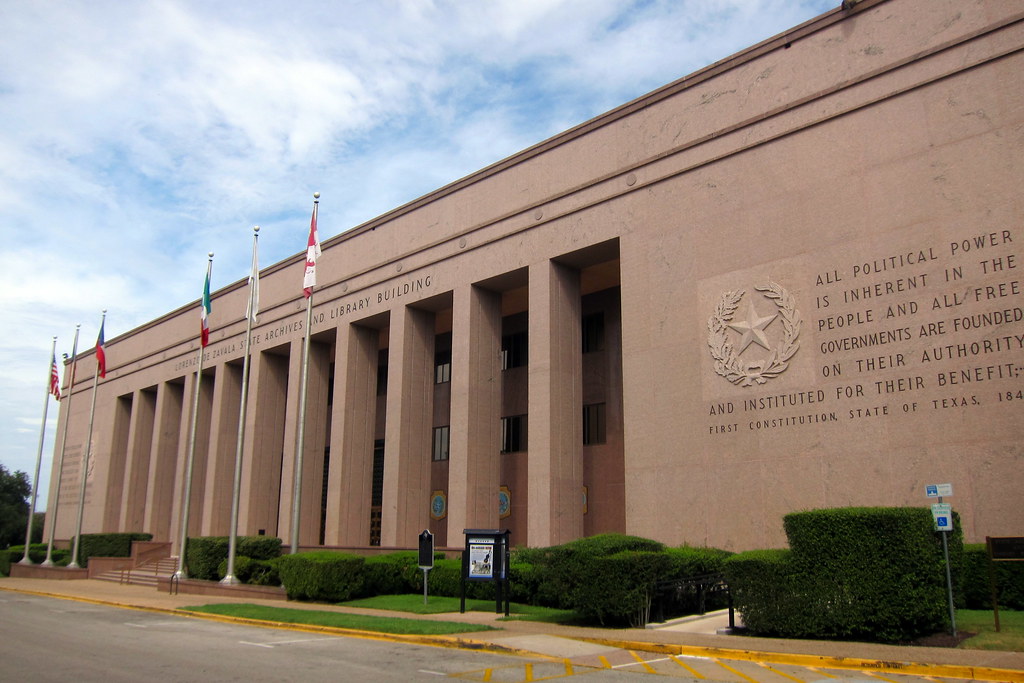 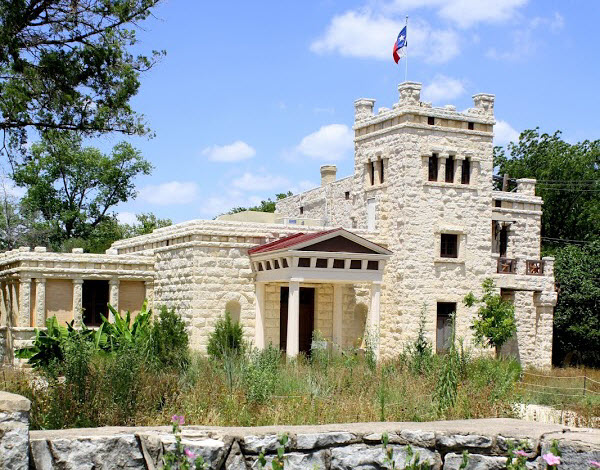 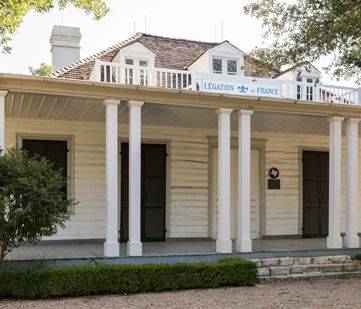 The oldest building in Austin (ca. 1841), it served as the residence of the French representative to the Republic of Texas. 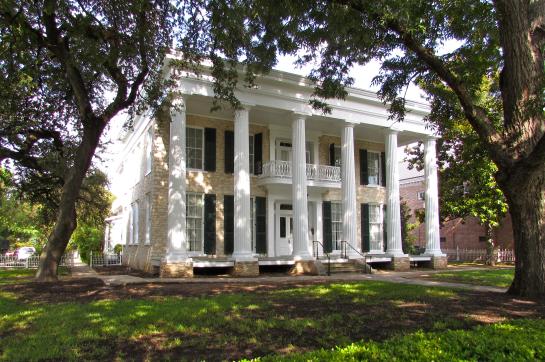 Documents the lives of prominent Austinites from the mid-19th to early 20th centuries. 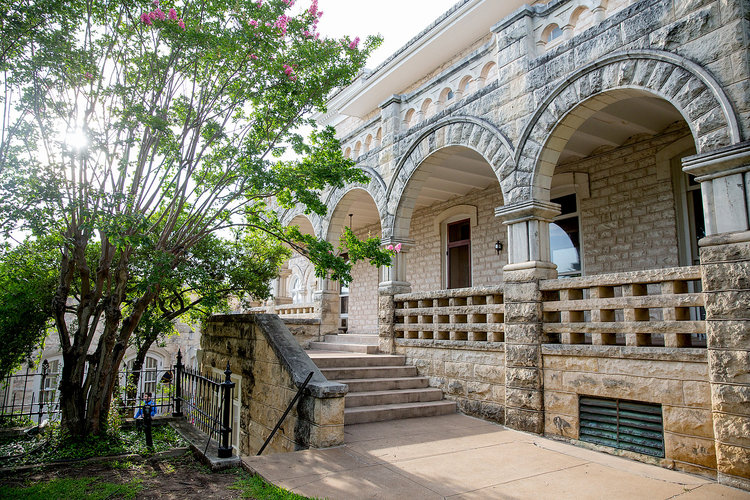 The North-Evans Chateau was purchased by multiple women's organizations to become a place for women to gather, learn and network.

#OnThisDay in 1836 William Barret Travis sent a letter to San Felipe addressed to “the people of Texas and Americans in all of the world” requesting reinforcements for his men under siege at the Alamo.#TexasHistory #OTD #RememberTheAlamo pic.twitter.com/fdJwtlWk1G